Welcome to our second Developer Blog for Holdfast: Nations at War. Today we’ll be talking about the nautical half of Holdfast: NaW; Naval Gameplay!

There are a number of naval vessels in the game which range in size from small rowboats and gunboats up to a triple masted brig-sloop. We pack a lot of detail on our ships so they take anywhere from three to four months to complete and yes, they are destructible.

There are two main reasons for the vessels we have chosen. These decisions were not made lightly as the naval gameplay in Holdfast: NaW is important to us and we want to get it right. The first is content; we have taken a realistic inspiration when it comes to the design of our sailing vessels. The vessels need to feel like real ships as the crew manoeuvres in tight spaces around masts, cannon and each other. This has two effects, namely that the vessels feel much larger when you are onboard and also feel pleasingly crowded at the same time. Packing more content into a space generally increases the satisfaction and enjoyment from the scene. 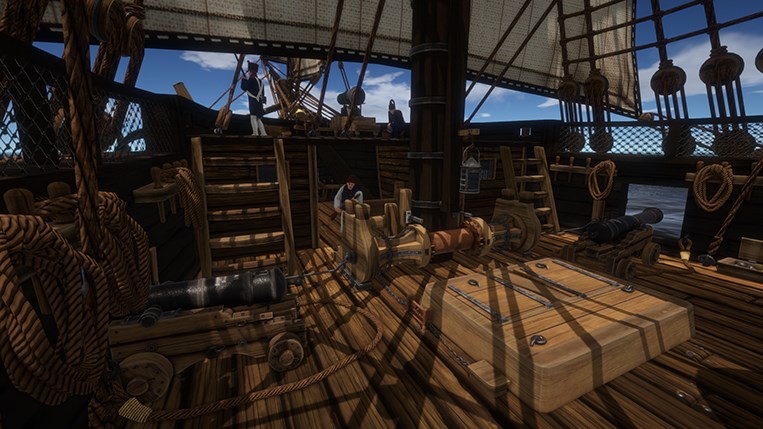 The second reason is gameplay. Their manoeuvrability and open decks mean that crew and Captain can really put their cooperation and teamwork to the test. We want to avoid having players stuck inside a gun deck unable to see anything as a grand battle rages around them.

With all that being said Holdfast: NaW will be an ever-evolving title both during early access and after release. The naval side of things (including the presence of more naval vessels of course) will be a part of that.

We will go into the systems that we have in place or can confirm will be in the game for release below but it is important to note our reasoning for their inclusion. We decided to go with a system designed to award coordination and player skill. This was in an effort to increase the competitiveness of online play as well as bring satisfaction to each player no matter what role they are fulfilling.

You there, take over the helm!

Interact with the Ship’s wheel to gain control of the vessel. This gives you full control over manoeuvring it. 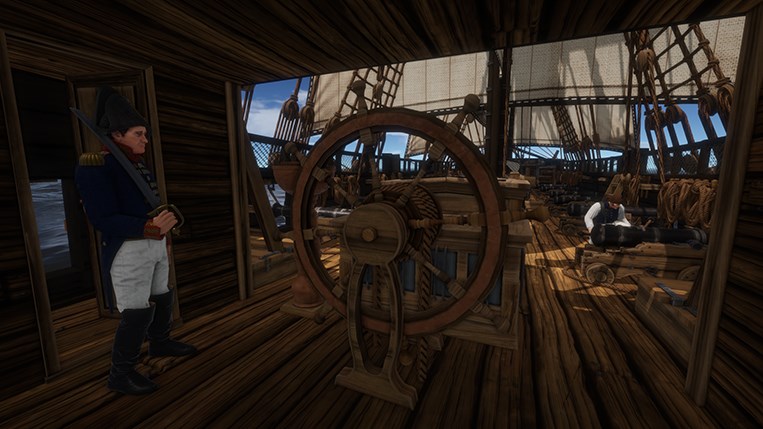 The player interacting with the Ship’s wheel will then be able to raise a preset number of sails (W key) which in turn increase the speed (in knots) at which a ship can travel. The ship’s acceleration rate also increases with each and every sail raised. 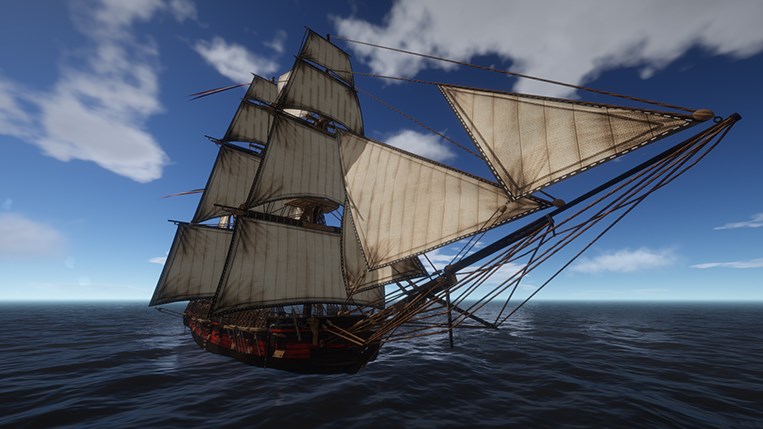 To reduce speed, the player interacting with the Ship’s wheel needs to lower the sails (S key) after which the ship will start to slowly decelerate depending on the number of sails that have been lowered. Larger vessels with more sails will be faster than smaller vessels with fewer sails. 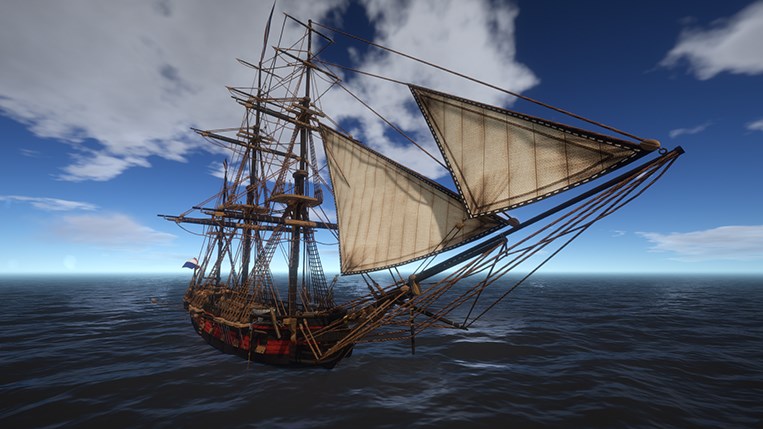 In the future, we plan on having the raising and lowering of the sails managed by the crew to encourage more teamwork.

To steer the vessel the player interacting with the Ship’s wheel needs to press and hold the A key to steer to the left or the D key to steer to the right. The rate of turn is dictated by the type of vessel where smaller ships are able to steer more quickly than the larger ones.

Fight with the weather gauge.

How close a ship can go into the wind solely depends on the type of vessel. For example, a square-rigged ship will be able to sail less into the wind than a lateen (triangular sail) rigged one.

The direction of the wind dynamically changes during the match which in turn alters the battlefield. This means that Captains need to plan ahead when they notice such a change to use it to their advantage. 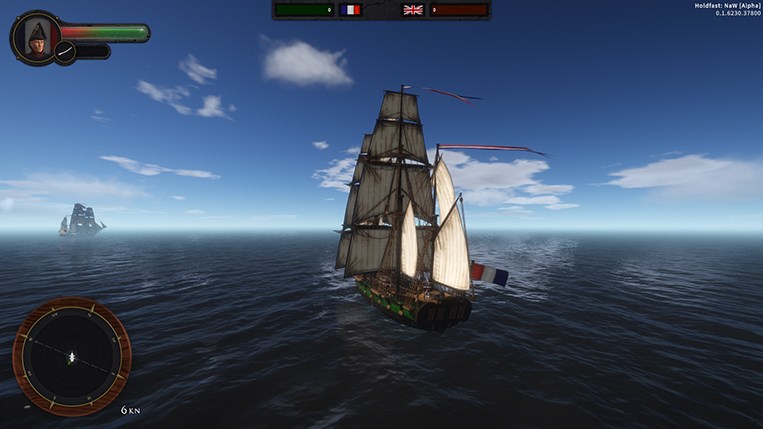 The captain can instruct the crew to drop the anchor which forces the ship to come to an almost immediate halt. Anchors can only be dropped if the ship’s speed is below a certain number of knots.

This, in turn, allows the entire crew to launch a number of rowboats to land on the coast or be used to board the enemy's ships. 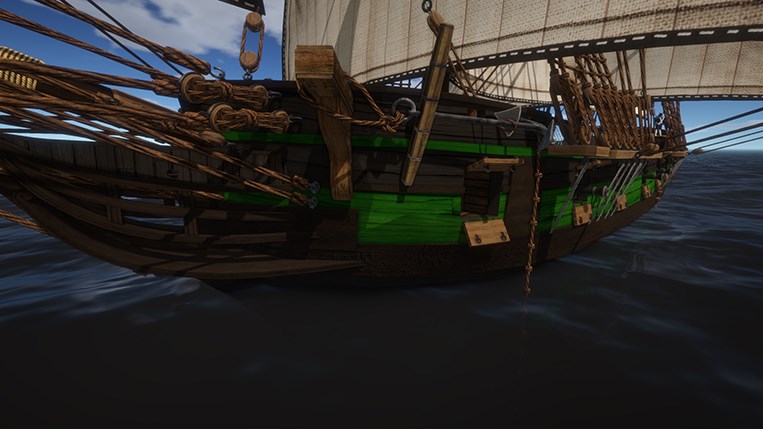 We have a number of plans to expand on the naval gameplay and other features we have yet to reveal! Keep an eye out for this in future developer blogs.

That is all for today folks. If you want to send us some feedback and join in the discussions please head over to The Shipyard or the Feedback boards within our forums.