Holdfast: Nations At War has been updated. The much-requested objective based game mode is here! Co-ordinate assaults, capture and hold objectives to become victorious in the brand-new Army Conquest mode.

We'll also be introducing yet another map - Fort Winston, re-designing the way capture points work and adding functionality to switch the initial spawn positions for both factions in this update.

Here are a few key points to ensure your team’s success in the Army Conquest game mode. Be sure to follow them throughout! First and foremost, your primary objective in this game mode is to capture and hold more points than the enemy. Neither team will start gathering tickets from captured points unless one faction is in the possession of a greater number of points. 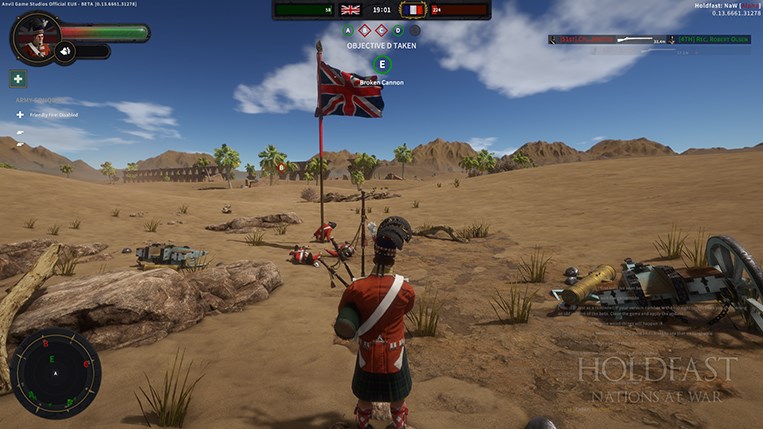 You are also able to gather tickets by eliminating enemy infantry but this should only be seen as a secondary objective. The team which holds most of the capture points for the longest period of time will ultimately triumph.

It is in your team’s best interest to defend these capture points. Otherwise, you’ll end up with a relatively quick loss. A faction will gather tickets at greater numbers the greater the difference of capture points in their possession. Taking an aggressive stance also has its benefits as upon capturing a point, your team will obtain a set amount of initial tickets. It’s all about finding the right balance. 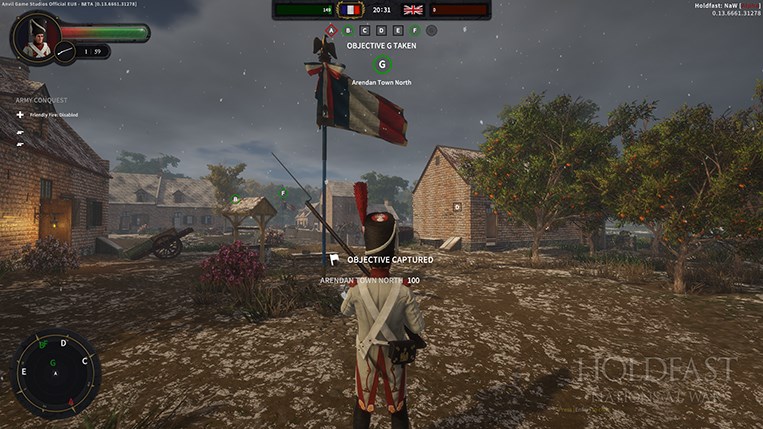 Play together! Find an officer well up to the task of leadership during a match. Your officer’s capabilities and tactical know-how are now increasingly more important in this game mode. Assaults must be coordinated as points cannot be captured unless your team is near its vicinity and in greater numbers than the enemy. Each map also differs in strategy from the other.

You can also go for an indisputable victory by capturing all points in a map. It’ll definitely be a sight to behold.

- Control and conquer! Defend and capture points around the map to become victorious.

- Gather tickets! Control more capture points than the enemy to gather tickets. This is key to winning the match.

- Play together! Co-ordinate assaults and devise strategies. Points cannot be captured unless your team is in greater numbers.

Have a look at the very first creation from Walki! Fort Winston is specifically designed for the new Army Conquest game mode. You’ll also be able to assault Fort Winston by land or by sea in the Army Siege and Coastal Siege game modes in a future update. 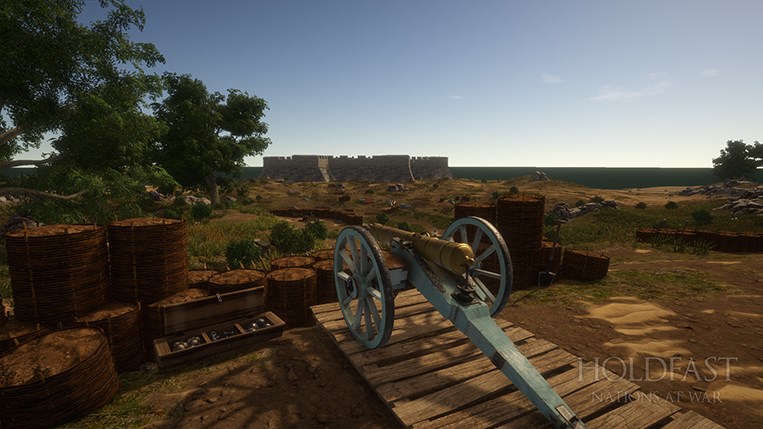 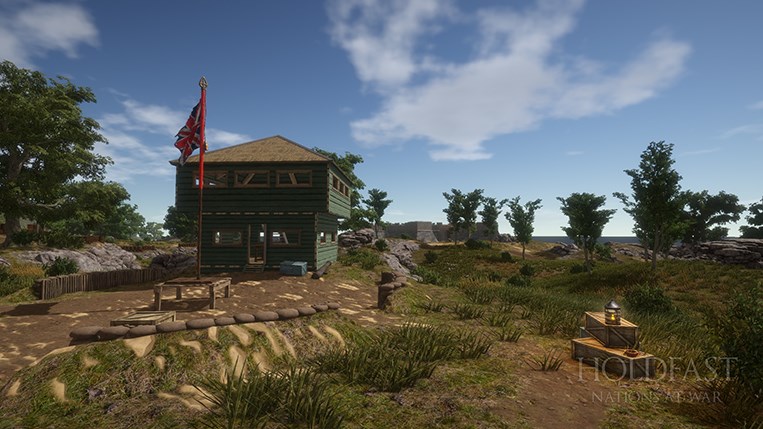 We’ve re-designed the way capture points work. You’ll surely notice this in the Army Siege, Coastal Siege and of course, the new Army Conquest game mode. The biggest change of all is that a single player contesting a capture point will no longer prevent the entire team from spawning. For a point to become contested and start being captured, players affiliated with a particular faction must be in greater numbers.

Capture points now have multiple stages. In the Army Conquest game mode, for instance, all but one capture point starts from the neutral stage (white flag). This means that the flag is controlled by neither faction. 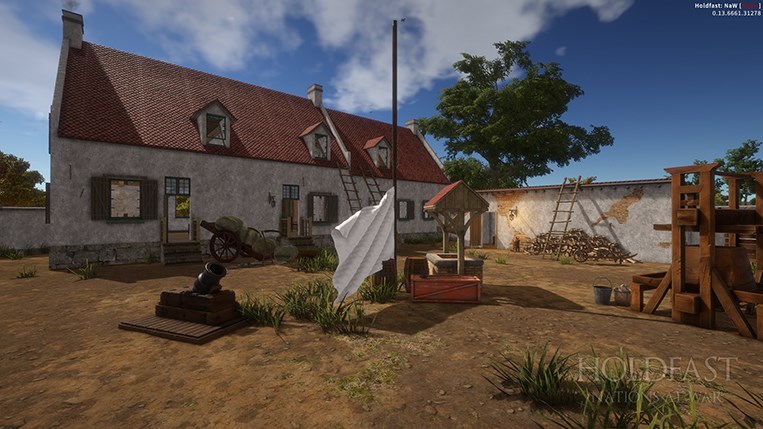 Once a capture point is contested and eventually captured, its ownership will be changed to reflect the affiliated faction. Unless the point becomes contested again, players will be able to spawn on it. Be it British or French, you’ll find that the flag model itself will change to distinguish the respective faction. 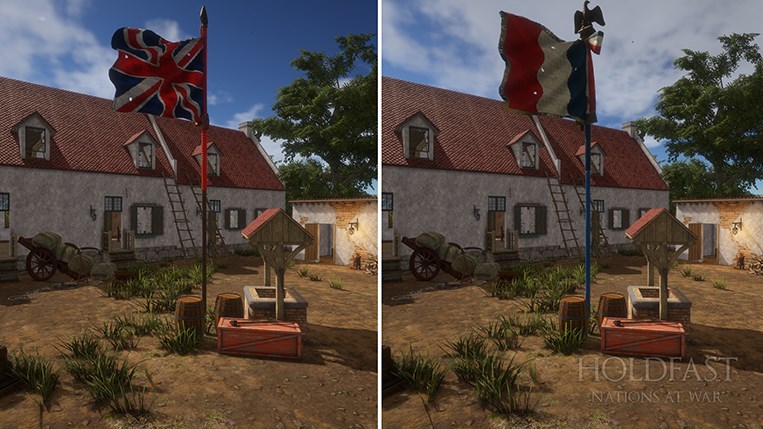 The related User Interface has also undergone a significant number of changes and improvements. We want players to easily get accustomed to the game mode and instead place their efforts towards teamwork and strategy. Notifications when a capture point is lost or controlled, different shapes to distinguish flag ownership and more.

There’s a whole lot of players who are particularly adamant about always joining one particular faction! Be it for the better or worse, they only get to see one side of the map. In this update, we’ll be changing that by having the initial spawn positions for the British and French faction in the Army Conquest game mode to be interchangeable.

The side at which a faction spawns is also configurable by server administrators. You’ll be seeing this supported on all of our other existing game modes including Army Assault and Siege in a future update. It’ll certainly come in handy for competitive events!

It’s been quite the challenging process working on optimisations to solidify the game’s back-end. As most of our development in this area is now complete, we are now in a position to start placing our priorities towards core mechanics!

Unfortunately, the melee combat improvements we were planning to release along with this update, weren’t finalized in time. Our sincere apologies for this. Even though we faced a minor setback, all that we’ve promised in our Developer Insight blog posts still stands.

We have assigned Andreas ‘Dreas’ Grech, the game’s Lead Programmer to place his focus on melee combat improvements. This mechanic is at the heart of our community and it’ll be given the proper attention it deserves.

First and foremost, Dreas is at this very moment looking into reducing the delay that players experience when striking with a melee weapon. There are other factors which are currently impacting combat fluidity besides the one mentioned above. He’ll continue working on melee combat until the necessary results are achieved. 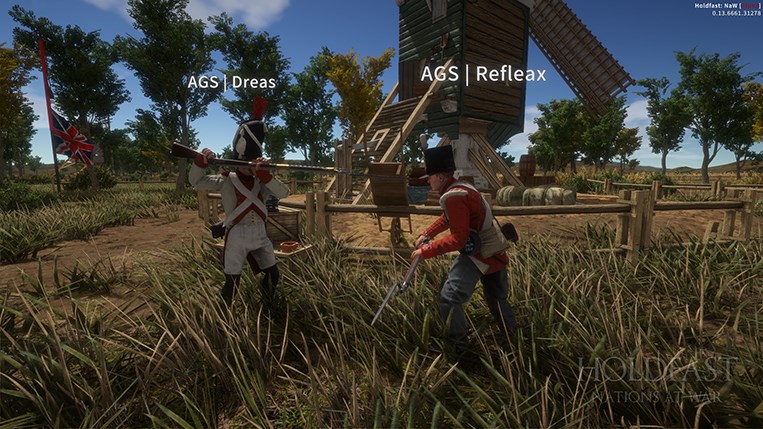 If you’re interested in participating in the game’s development we highly suggest that you join in on our Discord! Through this, you can be informed when we’re hosting BETA tests to gather feedback and make sure that everything is working as intended before a game update is officially released.

Meet our latest addition to the team! For those following our Developer Insight blog posts, you’re already familiar with what he has been up to. Fort Winston and indeed all the new models present on that map including the fort are his creation.

Please do give him a warm welcome! We cannot be more pleased that he’s now a part of the team. 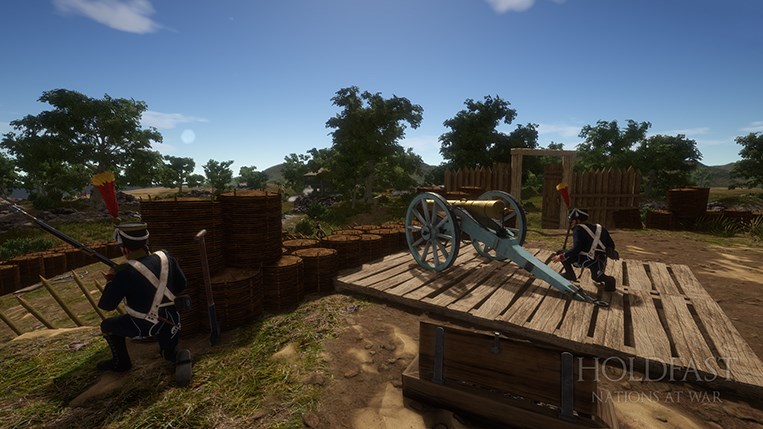 Here’s the full change-log for Game Version 0.13. You’ll find all the server-side configuration settings you need to play on the new map, host the Army Conquest game mode or to switch the initial faction spawn locations on your community server.

- The brand-new Army Conquest game mode! Co-ordinate assaults, capture and hold objectives to become victorious.
» Playable on all existing maps.
» Input the following parameter per map rotation to host the Army Conquest game mode on your community server: game_mode ArmyConquest
» You can also input the following parameters to adjust the game mode to your liking: conquest_tick_reward 1, conquest_max_tickets 2500, conquest_ticker_time_seconds 1 and conquest_tickets_per_capture 50

- The initial faction spawn positions are now interchangeable. This functionality is only available for the Army Conquest game mode at the moment but it’ll be made available for other game modes in a future update.
» Input the following parameters per map rotation to change the initial spawn positions: faction_attacking french and faction_defending british

- You can now find Swivel Guns on the Training Grounds map.

- Fixed a number of exceptions to improve game stability and performance.

- Fixed a warning which was outputted related to textures on certain maps.

- Fixes some issues with floating props on Fort Christina.

- A possible fix for the bug which causes a green screen to flash when a player touches the water on Coastal or Naval maps.

Be sure the keep an eye out for another blog post tomorrow! We’ll be revealing more of our progress on the glorious Prussian faction. Stay tuned.

We’re working on the next update. Thank you very much for your support and as always, may good health be yours.